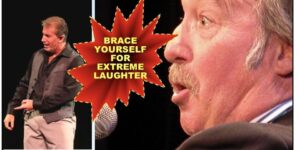 Scott has been a constant on the comedy scene for the better part of 20 years as a world class headliner.

As part of the award-winning comedy team of Isaacs and Baker, Scott has been fortunate enough to grace the stages of some of the best theaters, resorts, and comedy clubs in the country. Places such as Tropicana Atlantic City, The Borgata, Mohegan Sun, Foxwoods and Caesars resorts (among many others) have welcomed him back time and time again. Along with his partner Al Isaacs, Scott and Al have set the record for the most appearances by comedians at Woodloch Pines Resort, which has been voted one of the top three family resorts in the country by Trip Advisor.

As a former NYPD police officer and boxer, Scott takes great pride in giving back to charities, especially first responders and veterans. Scott has paid out of his own pocket to rent a theater putting on a show with all the proceeds going to the Fealgood foundation that helps sick first responders. Throughout the course of his career, Scott has helped raise over one million dollars for various charities with his performances.

Scott’s theory of “never making fun of but having fun with” has made him and his partners fan favorites and kept them in demand for many years.

Baker says, “People pay good money to be entertained and forget about all the crazy and anger in the world…Let’s have them leave smiling, enjoying the evening and feeling good about themselves…Life is for living!”

After many years of success with the comedy team of Isaacs & Baker, Scott convinced Long Island comedy legend Vinnie Mark to join the show. Scott says, “I saw Vinnie 20 something years ago doing a version of what we do now. I just tweaked and modernized it. I have admired him ever since, not just as an entertainer but as a person.”

Country Club Comedy Shows was born out of our love for using the audience in the show, for the unknown on stage and giving back to charities.

Vinnie Mark has performed at many of the nation’s best venues such as Las Vegas’ legendary MGM and Caesars Hotels, Atlantic City’s prestigious Caesars and Borgata Hotels and the Pocono’s Caesars Hotel. In addition, he regularly entertains passengers on the Royal Caribbean and Norwegian cruise lines.

Mark has “opened” for comedians Rodney Dangerfield, Gilbert Gottfried and David Spade as well as the musical group Crosby, Stills & Nash. He has also toured with country singer Randy Travis. In addition, the USO enlisted Vinnie to entertain troops in Iraq, Saudi Arabia and Qatar.

He is an original member of the “Laughter Company,” an improvisation group that included Rosie ‘O Donnell and Bob Nelson. 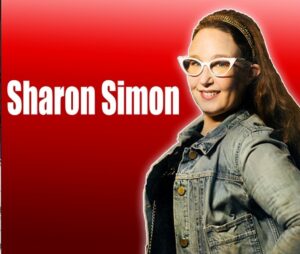 Sharon Simon has audiences howling with laughter with her sometimes edgy, always hysterical comedy.  She loves the crowd, and no two shows are exactly alike.   Although she performs all over the country, she calls New York home, where she is a regular at major clubs and had been on Saturday Night Live, and The Wendy Williams Show, and has been featured in the news.  In good times and bad, Simon Says. 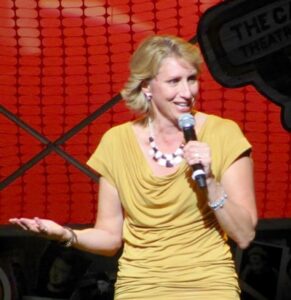