One of the hottest comics in the entertainment industry, has brought his unique brand of comedy to audiences around the country! Opening acts for entertainers like Jerry Vale, Johnny Maestro and the Brooklyn Bridge, Joy Behar, Weird Al Yankovic, The Trammps, The Regents, Al Martino, Clint Holmes and many more! Performing as a national headliner at comedy clubs, resorts, colleges, and theaters across the United States. Starring in a one man show of comedy, magic and ventriloquism. John Pizzi is a regular at the Riveria Hotel in Las Vegas, the Borgata Hotel in Atlantic City and a member of the Friars Club in New York City and Los Angeles. 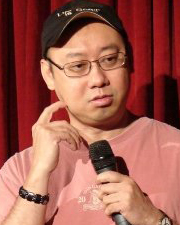 An immigrant with a traditional Asian background and an Ivy League education, stand up comedy is probably the last thing people would have predicted for Bill Chiang. In fact, he doesn’t even believe where he has landed. During the day, this Princeton educated scientist works in the high tech industry while at night, he is perfecting and performing his comedy set, and has become a favorite act up and down the East Coast. On stage, Bill goes against the traditional Asian stereotype by making people laugh with him at the absurdity & silliness of everyday life. He has unique views on relationships, TV and stories about growing up as an Asian Immigrant in NYC. Bill is a Comedy Competition Winner in NYC, he has been featured on Comcast On-Demand and performs regularly in historic comedy venues such as The New York Comedy Club, The Comic Strip, Catch A Rising Star and The Comedy Cabaret in Philadelphia.