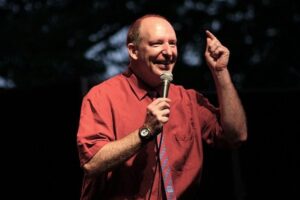 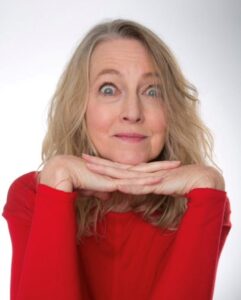 Anita Wise is an American stand-up comedian and actor who has made numerous television appearances including the Tonight Show with both Johnny Carson and Jay Leno. She has also been seen in several Seinfeld episodes and numerous cable shows.

Anita has been featured at the Just For Laughs Festival in Montreal, performing comedy in both English and French. Her humor is uniquely funny, personable and down to Earth. Just for the record, she likes cake! 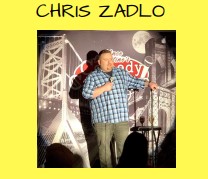 Chris is a new comic on the east coast scene! 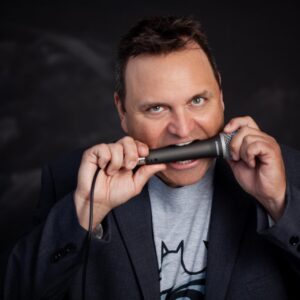 A Philadelphia native, Vince has been performing and touring nationally in the one man, Broadway hit “Defending the Caveman” since 2003. It is the longest running One Person show in Broadway history, has been translated into over 50 languages and produced all over the world.

Vince has starred as Christopher and toured throughout the United States in “The Soapranos”, an interactive parody of the HBO TV series. He has also starred in “Joey and Maria’s Italian Wedding”.

He co-created and stars in the Red Hat production of ‘The God Father and Friends’, and ‘Sleeping with The Seven Fishes ‘, both live interactive comedy/ variety shows.

After being selected from 1,500 actors, then as one of five finalists for NBC10′s “Best Summer Gig Ever, Traffic Contest”.

He made a guest appearance on “NBC 10! Live” as a panel guest. His easy going, LIVE on-air banter prefaced the many national market NBC, ABC, CBS & FOX affiliates appearances he would later do, and still does, to promote ‘Caveman’ live on the air.