Maureen is an award-winning Bloomberg Television & Radio host, PBS documentary producer, TEDx Talk speaker and international standup comedian. She’s been featured at comedy festivals in the U.S., Canada, Europe, and South Africa. As a performer and keynote speaker, Maureen has worked with entertainment, literary and cultural icons that include Robin Williams, Rosie O’Donnell, Jack Canfield, Marianne Williamson, Gloria Steinem, Danny Glover, Jordin Sparks and Gladys Knight.  “Maureen Langan is not only uniquely funny, but is also smart and has a soul — a combination which, in itself, is unique. I adore her and you will, too.” ~ Alan Zweibel — Original SNL Writer, Bestselling Author, Tony Award-Winning Playwright. 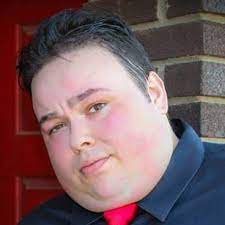 Mike Keegan is a fast-rising, up and coming comedian from Long Island. The self-proclaimed “Handsome Teddy Bear” of comedy, he brings to the stage an affable and passionate presence. Winner of Broadway Comedy Club’s “Best New Comic of 2011, Mike has been performing at all of the major clubs on Long Island and NYC including; Governor’s Comedy Club, Comic Strip Live, Stand-Up NY, Gotham Comedy Club. He has become a regular on the roster at the Greenwich Village Comedy Club with appearances on the road in the Poconos, PA.  Mike has had the privilege of performing with some of the comedies biggest stars including Jim Gaffigan, Janeane Garofalo and Nick DiPaolo. When you come to a Mike Keegan show, expect to see a completely original and hilarious experience. 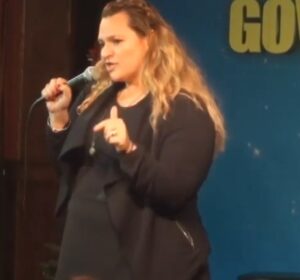 Clara Oakerson is a new comic on the east coast scene!