Born and Raised in Delaware, Keith Purnell has been entertaining crowds and audiences in Comedy Clubs and Venues for over 15 years. His love of Arts and Entertainment has helped him appeared on Fox TV, MTV, B.E.T, and Sirius Radio. His passion for Comedy is evident in every performance as he goes full steam from the time he starts until he leaves the stage. His quick wit, style, and enjoyable crowd work makes him a hit at any Comedy Club or Venue. He is slowly taking the Comedy World by storm….So Get Ready…He’s coming…..and He’s Armed with Laffs!!! Soon…..Everyone will be shouting his catch phrase……LET’S GO!! 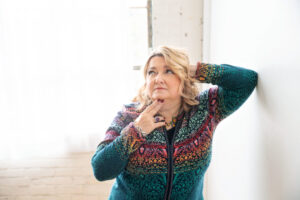 Describing her childhood as a cross between “All in the Family” and “Lord of the Dance,” Theresa taps into her crazy Irish-Catholic upbringing to develop her comedy material. For the last 19 years, she has performed at comedy venues on the east coast, as well as on the Celebrity Cruise ship Galaxy. She has opened for national headliners, like Bobby Collins, and regularly performs with Philly sports radio celebrity, Joe Conklin.

In 2019 and 2021, Theresa won Emmys for her work on the PBS talk show, “Counter Culture,” with her comedy colleague, Grover Silcox.

By day, Theresa is an award-winning professional speaker, corporate trainer and executive coach. She is president of High Five Performance, Inc., which serves companies and individuals throughout the globe. Theresa taught for 17 years at Temple University as part of their non-credit faculty. 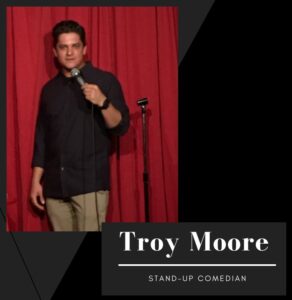 Troy began his stand-up Comedy career in 2011 while attending Rowan University. Since then, he has frequently performed at clubs and venues in the Philadelphia, New Jersey and New York areas. He has opened for well-known comics Gilbert Gottfried and Mark Normand and has toured as the opening act for Jay Black at a variety of clubs and colleges on the East Coast. He is currently featured on NJ 101.5’s “Speaking Comedy” Podcast. His material includes jokes about his girlfriend, family, and previous job struggles, all of which give him plenty to talk about.